Much of the fitness industry’s success is based on the promise that you don’t really have to try too hard to change your body. Diets and workout programs last for a few weeks, results come “in just minutes a day”, all you need to do is wear this shoe, use this machine, etc.

Magazines like to say that you can keep your decadent, undisciplined lifestyle if you just adhere to these “top five” dieting rules. I’ve certainly been guilty of writing up these promises in the past, but the truth is… you’re not going to get anywhere until you commit to making major and permanent changes. In fact, I’ll go so far as to say this:

You can’t make any significant or lasting change to your body until you make fitness your OBSESSION. 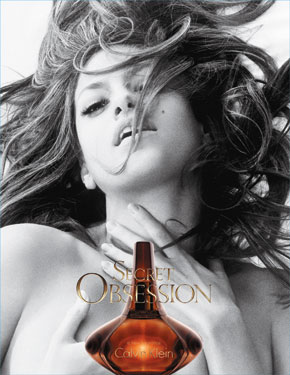 That’s a strong word. But let’s look at the evidence. How many people do you know who are in good to great shape who don’t work out at least three days a week, prepare most of their own meals, avoid alcohol, and value a good night’s sleep? Unless they’re 21 years old or a genetic freak, most people have to ingrain these habits to see results. Now that may not fall under your definition of obsession, but… isn’t it, kind of? Compared to the average guy who doesn’t give a damn what he eats, wants a taxi cab to take him from his front door to his mailbox, and thinks exercise is a walk on the treadmill once a month when he’s feeling guilty, it is an obsession. It’s got to be on your mind at all times.

And guess what? If you’re already in decent shape and you want to go to the next level, you have to become even more obsessed. If you want to bench press 300 pounds, you better seriously consider gaining weight, adding a second bench press day to your routine, and training with guys who are much bigger and scarier than you are—even if their gym is 50 miles away. If you want to drop 20 pounds by summer, you need to be prepared to cut carbs to the bone—fewer than 30 grams a day maybe—and get used to the bitter taste of black coffee to speed your metabolism.

So my point is that nothing in fitness is easy. Any change requires hard work and focus. It means you’ll have to miss your favorite TV shows, and get up earlier, and go to bed earlier, and not eat birthday cake at your friend’s party. And if all of this makes you feel like it’s not worth it. Then YOU’RE not worth it. No one’s going to waste time trying to help you.

I used to edit the Success Story section of Men’s Fitness. This is the tale of some regular joe who lost a bunch of weight or gained muscle and got in the best shape of his life. Before I started interviewing these guys for their stories, I figured a lot of them lost weight very gradually, slowly adopting good habits and easing into the discipline of a fit lifestyle. I realized though, that this is RARELY the case. Usually, these guys reached a point that they were so disgusted with who they were and what they’d been doing that they drew a line in the sand and vowed to change overnight. They hit the gym the next day and within months of consistent training were in “after picture” shape.

I don’t think fitness has to strike you that immediately, but if you want progress, particularly fast progress, you have to make it a huge priority. Right up there with your husband/wife, kids, and job. And just like these things, your diet and training won’t always agree with you. There will be times that you want nothing to do with it. But because you’re obsessed with results, obsessed with improvement… obsessed with not failing yourself, you won’t quit.