Fitness just wouldn’t be fitness if it didn’t contradict itself every few weeks. Eggs are good for you, then they’re bad, and then they’re good again… You have to squat, bench, and deadlift, or maybe you shouldn’t at all….

You know how it goes.

But I came across three studies recently with findings that many may feel are surprising but, at the same time, are unlikely to be refuted. In other words, I think they’re pretty solid and telling.
Check em out: 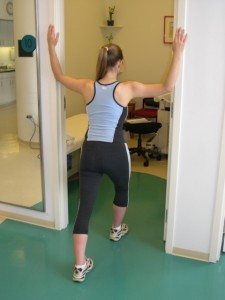 Throw a few of these in in between sets of back.

Stretching between sets can make you stronger

Research in Sports Medicine found that when subjects stretched their pecs between sets of seated cable rows, they got more total reps than when they just rested passively.

This has been shown in studies in the past, and yet I never see ANYONE in the gym stretching antagonist muscle groups. (OK, I hardly ever do, either, but I think now I’ll start.) Thinking on a larger scale, this may help explain why supersets like bench presses and rows feel so good. While one muscle works, the other relaxes. It’s true that benching is very difficult from stretching the pecs, but I’ll go out on a limb and say that the result is very similar. When the pecs are being stretched, they’re being inhibited, and when you inhibit a muscle, its antagonist can fire harder.

Researchers also found significant increases in the muscle activity in the lats and biceps after the subjects did their row/stretch sets.

You can still train hard when you’re stressed

Turns out that you HAVE been wussing out when you’ve bailed on a workout because you felt tired or “burned out” after a long day. You still have the potential to have a kick-ass session.

The European Journal of Applied Physiology reports that men and women were given either 90 minutes of mentally-fatiguing computer work to do or left to watch “emotionally neutral” documentaries. Neither condition was found to impact athletic performance, muscle strength, or anaerobic work capacity on subsequent tests. The mentally stoned people said that their workouts felt a little harder while the TV watchers didn’t complain, but this was deemed non-significant.

You don’t have to go heavy to get big

If you still think you have to grind up hundreds of pounds to pack on size, give your spine a break and read this.

The Journal of Strength & Conditioning Research had young men train for 8 weeks doing either 25–35 reps per set or a more conventional 8–12 reps. The guys who went heavier got stronger (no surprise) but there was no significant difference between the two groups in terms of size gains. I’d wager that if the study ran longer, there would be fewer injuries in the high-rep group long-term, and less need for training variety or deloads.

A little-known fact about bodybuilding mags is that, many times, the bodybuilders lift heavy weights only for show. Their REAL training is done much lighter, but because it may not look as impressive to fans, they ham it up and go heavier. 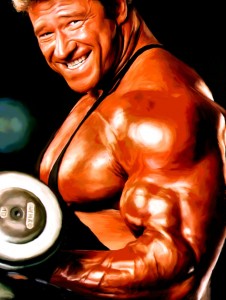 Does this mean you should make every workout a marathon pump session? No, but if you’re hurt or have been training in lower rep ranges for a long time, take a few plates off and push your endurance. You won’t lose muscle and will probably blow up.

I’ll be back soon with some more muscle science. Hopefully, it won’t discredit any of the above. But, alas, I knew the risks when I took this job…