It’s rare that a study comes out with really helpful findings regarding muscle gain and fat loss. It’s rarer still when those findings are exactly what you hoped would be found and back up pretty much everything you’ve been saying for a long time.

The truth is out!

I recently came across such a study (thanks to my friend and TTAST grad Tyler for forwarding it along and pointing out how much it supports what’s in my book), and the egomaniac in me just had to share it with you.

So did the fitness professional in me, because it really is that important and helpful.

The study appeared in the Journal of the International Society of Sports Nutritionists last spring and was authored by researchers at Sport Performance Research in New Zealand, California State University, and the University of Illinois. It was NOT influenced by supplement manufacturers, the diet medication industry, or other fitness industry players who stood to gain something from the findings.

Technically, the study wasn’t really a study but a review—a look at the findings of lots of research (216 other studies, in fact)—which is even more helpful. The paper looked at existing research relevant to natural bodybuilders (this is important, as drug-free trainees have more in common with you and me) and their nutritional preparation for contests. This included long-term studies on muscle gain, weight loss, and diet setup with people who weight trained, along with some animal studies when long-term human ones weren’t available.

I’m sure you’re not a bodybuilder—at least not one who competes—but if you’re interested in preserving muscle mass while losing fat in a short time in order to peak for a vacation, photo shoot, or any other special date that’s not too far off, you should recognize that you ARE, in fact, bodybuilding. So you should know how to do it right.

Here’s what the researchers found and what they concluded. Text in italics is quoted directly from the review.

Caloric intake should be set at a level that results in bodyweight losses of approximately 0.5 to 1%/wk to maximize muscle retention.

In other words, it’s best to diet down gradually, losing a pound or two per week (for most people). Any good nutrition coach will tell you this, so why are some people still falling for promises of losing 10 pounds overnight or 50 pounds in 30 days? If you ever lost that much, it would be mainly a loss of water and muscle mass.

Fast weight loss seems to be particularly bad for women, who, ironically, seem to be the ones most intrigued by the super-fast diet fads.

In studies of weight loss rates, weekly losses of 1 kg compared to 0.5 kg over 4 weeks resulted in a 5% decrease in bench press strength and a 30% greater reduction in testosterone levels in strength training women.

So women weaken quickly on a diet. And the more extreme the diet, the faster their strength degrades.

This is what you eat to get ripped.

OK, so there’s another benefit of slow dieting: muscle GAIN.

At a loss rate of 0.5 kg per week (assuming a majority of weight lost is fat mass), a 70 kg athlete at 13% body fat would need to be no more than 6 kg to 7 kg over their contest weight in order to achieve the lowest body fat percentages recorded in competitive bodybuilders following a traditional three month preparation. If a competitor is not this lean at the start of the preparation, faster weight loss will be required which may carry a greater risk for LBM loss.

My interpretation: A 155-pound guy with 13% body fat (which usually means he has some ab definition) couldn’t be more than about 15 pounds over the weight he wants to be in order to look great after 3 months of dieting. Of course, I’ve lost more than double this amount in three months (and less time) with little to no loss of muscle, and so have other dieters and TTAST users. But it is a good, conservative number to heed, and the take home is clear: give yourself time to get ripped.

According to the review, your macros should be:

A 200-lb man should consume a little more than 200g protein. Or a gram to 1.5 g per POUND of body weight. The fat recommendation is right in line with what I suggest in Truth About Strength Training, and the same goes for the carbs.

Furthermore, there is evidence that protein requirements are higher for leaner individuals in comparison to those with higher body fat percentages.

Eating three to six meals per day with a meal containing 0.4-0.5 g/kg bodyweight of protein prior and subsequent to resistance training likely maximizes any theoretical benefits of nutrient timing and frequency.

So, if you’re into the concept of nutrient timing, eat 35 to 45 grams of protein before and after you lift. This is equivalent to about two chicken breasts…

However, alterations in nutrient timing and frequency appear to have little effect on fat loss or lean mass retention.

(Well, if you don’t feel like timing your food, it’s no biggie.)

In one study specifically on bodybuilders…

The high-protein group lost significantly less LBM (0.3 kg) over the course of the two week intervention compared to the low-protein group (1.6 kg). Unlike Walberg et al. calorie balance between diets was maintained by reducing dietary fat as opposed to carbohydrate to allow for the increase in protein.

My interpretation: keep protein high and lower your fat, not carbs.

Yes, indeed. Carbs are important. Look at this:

Getting leaner than this risks muscle mass.

Researchers studying bodybuilders during the final 11 weeks of contest preparation concluded that had they increased carbohydrate during the final weeks of their diet they may have mitigated metabolic and hormonal adaptations that were associated with reductions in LBM.

Therefore, once a competitor has reached or has nearly reached the desired level of leanness, it may be a viable strategy to reduce the caloric deficit by an increase in carbohydrate. For example, if a competitor has reached competition body fat levels (lacking any visible subcutaneous fat) and is losing half a kilogram per week (approximately a 500 kcals caloric deficit), carbohydrate could be increased by 25-50 g, thereby reducing the caloric deficit by 100-200 kcals in an effort to maintain performance and LBM. However, it should be noted that like losses of LBM, decrements in performance may not affect the competitive outcome for a bodybuilder. It is possible that competitors who reach the leanest condition may experience unavoidable drops in performance.

In other words, if you start to look worse on your diet, raising your carbs might be the fix. But accept that fact that your workouts might suck for a while—that’s just what dieting does.

Now here’s something the low-carb crowd might find interesting (or frightening). The low-carbers out there love to argue that eating more fat in place of carbs keeps testosterone high, and you need more T to be big and lean.

The collective data indicates that when extremely lean body compositions are attained through extended, relatively aggressive dieting, the caloric deficit and loss of body fat itself may have a greater impact on testosterone than the percentage of calories coming from dietary fat.

Now I like to set fat at around 20% of calories. I think that making it any lower than that just puts too much of a demand on someone to eat carbs (there ends up being a lot of rice and potatoes on the menu, which gets boring, although this is really more of an issue when you’re bulking rather than trying to eat less in order to cut down).

Still, the review found that carbs really are hugely important for body comp, and that, if anything, you should lower fat even more to jam enough in.

While cogent arguments for fat intakes between 20 to 30% of calories have been made to optimize testosterone levels in strength athletes, in some cases this intake may be unrealistic in the context of caloric restriction without compromising sufficient protein or carbohydrate intakes. While dieting, low carbohydrate diets may degrade performance and lead to lowered insulin and IGF-1 which appear to be more closely correlated to LBM preservation than testosterone. Thus, a lower end fat intake between 15-20% of calories, which has been previously recommended for bodybuilders, can be deemed appropriate if higher percentages would reduce carbohydrate or protein below ideal ranges.

So forget about testosterone, you need yams!!

The only research on strength athletes following ketogenic diets for longer periods is a study of gymnasts in which they were observed to maintain strength performance and lose more body fat after 30 days on a ketogenic diet in comparison to 30 days on a traditional western diet. However, this study’s sample size was limited (n?=?8) and it was not a controlled study of an intentional fat-loss phase such as seen among bodybuilders during competition preparation. Therefore, more study is needed in resistance trained populations and bodybuilders before definitive recommendations can be made to support ketogenic diets.

And let’s go back to those nutrient timing guys again. Hater-ade won’t get you abs.

Complete glycogen resynthesis to pre-trained levels can occur well within 24 hours given sufficient total carbohydrate intake. Jentjens and Jeukendrupsuggest that a between-bout period of eight hours or less is grounds for maximally expediting glycogen resynthesis. Therefore, the urgency of glycogen resynthesis is almost an exclusive concern of endurance athletes with multiple glycogen-depleting events separated by only a few hours.

Burk et al., found that a time-dividedregimen (two 35 g protein doses consumed at far-off points in the morning and evening away from the afternoon training bout) caused slightly better gains in squat strength and fat-free mass than the time-focused regimen, where the protein supplement doses were consumed in the morning, and then again immediately prior to the resistance training bout.

Verdijk et al. found no significant effect of 10 g protein timed immediately before and after resistance training over a 12-week period. The authors attributed this lack of effect to an adequate total daily protein intake. Recently, a 12-week trial by Erksine et al. reported a lack of effect of 20 g protein taken pre- and post-exercise compared to placebo.

So, with all this in mind, I’m pretty sure that if you eat the total amount of protein you need in a day—regardless of when it comes or in what the individual doses are—you’ll be fine.

Now what about supplements? Bodybuilders take them. Surely they must make a difference. They get you the “edge” everyone’s looking for, right? 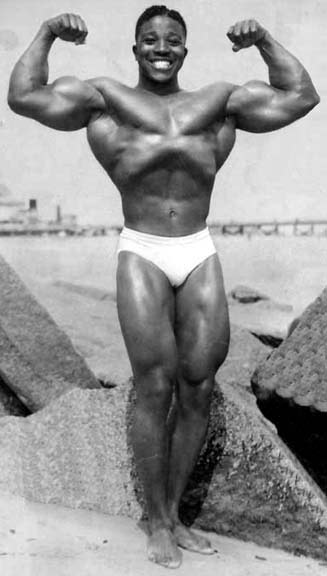 You’d be happy if you saved a hundred bucks a month on supplements too.

Here’s what the review had to say about creatine. I guess the loading phase we all spent a fortune on back in the 90s wasn’t necessary.

Furthermore, creatine ethyl ester (CEE) and kre-alkalyn (KA) aren’t so special either. Stick with creatine monohydrate (CM), if any.

Tallon and Child found that a greater portion of CEE and KA are degraded in the stomach than CM. Additionally, recent investigations have shown that 28–42 days of CEE or KA supplementation did not increase muscle creatine concentrations more than CM. Thus, it appears that CM may be the most effective form of creatine.

The researchers also concluded there was little evidence to support use of arginine, citrulline malate, glutamine, and even caffeine.

In addition to all the diet specificities, the reviewers looked at the psychology of bodybuilders. Unsurprisingly, it was pretty fucked up. (Yes, that’s the scientific term.)

So I think the lesson here is to go ahead and get lean, get in shape, and discipline your eating. But don’t let it destroy your body and your life in the process.

Here’s the study so you can check it out for yourself. You’ll see I didn’t cherry pick results to suit my own theories.

For a program that aligns with what was found here, pick up The Truth About Strength Training.